My beloved Kpop group returned with yet another EP this November, entitled Yes or Yes. Twice had an admittedly intense year, with a release after release and busy performances schedule. I can only be happy, as their songs tend to get stuck in my head for a long time and the new one is definitely no exception, but I do hope the girls get some well-deserved rest. The music business is pretty fierce in South Korea and it’s all about the timing – Twice along with Blackpink do enjoy plenty of spotlight right now, but how long can this last? From JYP or YG’s perspective they probably can’t afford to slow down, but let’s not go overboard…
Having said that, Yes or Yes? Totally yes. The new tune is surely another success for the band.

The EP brings 7 tracks in total, including the eponymous song and the Korean version of BDZ, previously released in Japan only. Chaeyoung, Jeongyeon and Jihyo took part in writing lyrics to 3 of the songs – Young & Wild, LaLaLa and Sunset. The EP largely orbits around synth-pop, and it certainly has a degree of a retro 80s pop vibe. It does feel like the jam for a summer night as well. Not only am I super excited about the main song, but also most of other tracks are much more memorable than usual (when it comes to Kpop releases this is undoubtedly rare) – in particular LaLaLa and Sunset which I mentioned earlier. I’m really getting a kick out of this EP, and the performances of Yes and Yes on the Korean music shows.

I’ve had Yes or Yes on the repeat for a bit now, and I don’t wanna jump to conclusions while I’m still in the hype, though I do consider this tune to be one of the best songs Twice has put out by far. Up-beat, catchy and sweet.

The choreography is pretty wild again, how is Nayeon handling all of that moving around.
I’m not entirely impressed with the MV, and the visual aspects of it, though it does have great moments. The girls look fabulous as aspected – last time it was Jeongyeon standing out, this time I need to point to Jihyo who’s so adorable after a haircut, ever-lovely Sana, Tzuyu and Nayeon, and eye-catching Dahyun.

The EP is in the photobook format again, similar in size to Summer Nights, however with the hard cover this time. I chose A version and the album came with all sorts of extra photocards (too bad my poster has not arrived just yet). I got Dahyun on the CD cover, and I’m fine with that because she’s rocking some awesome hair colors for this comeback. 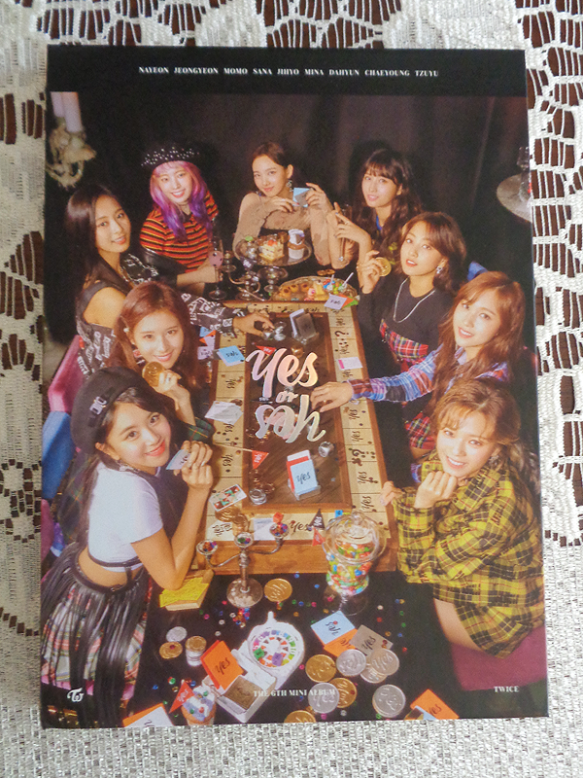 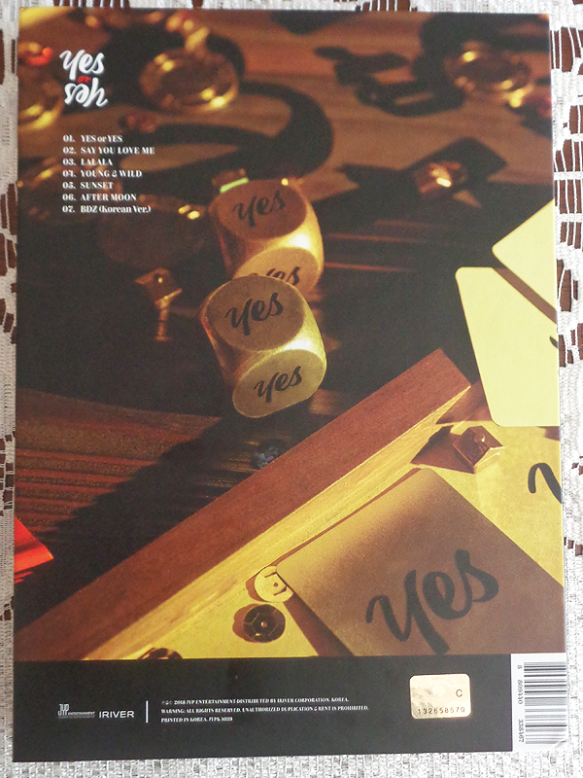 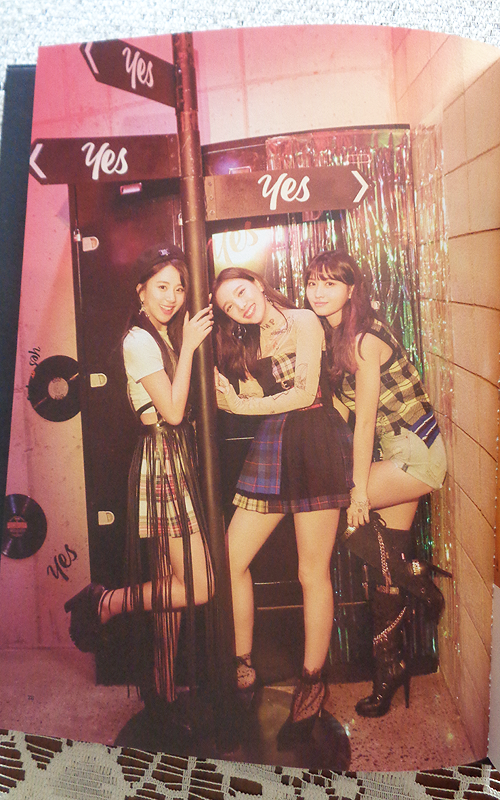 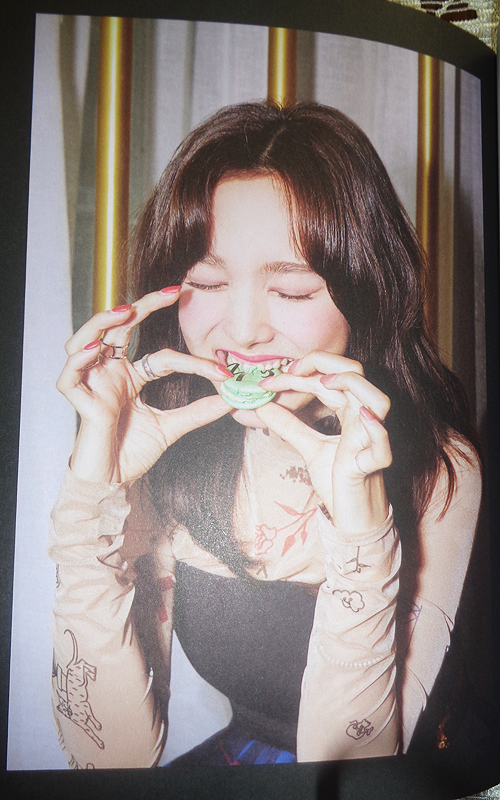 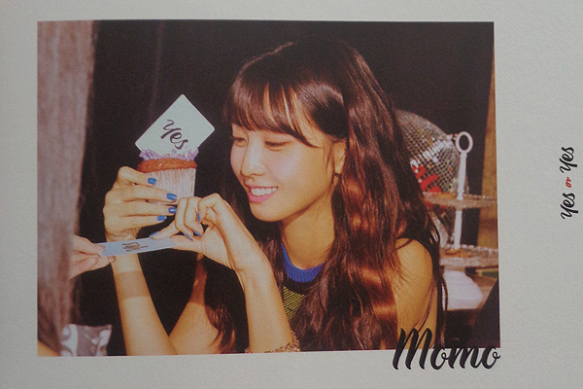 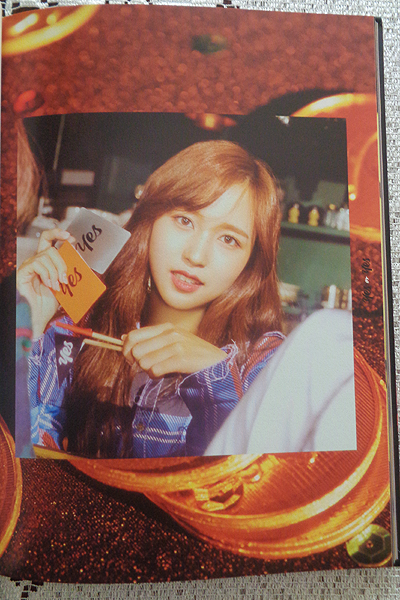 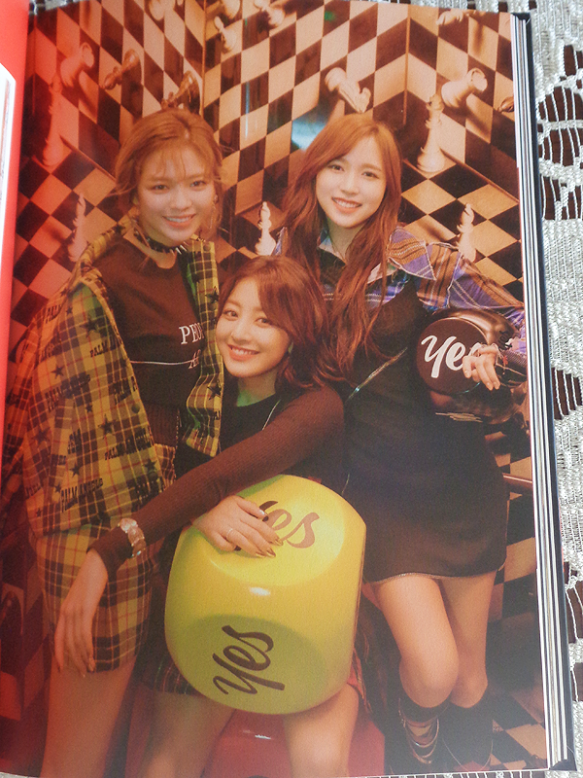 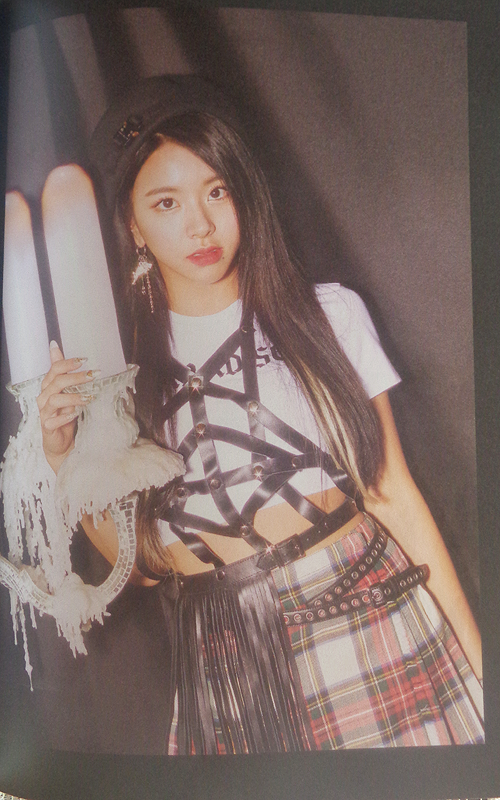 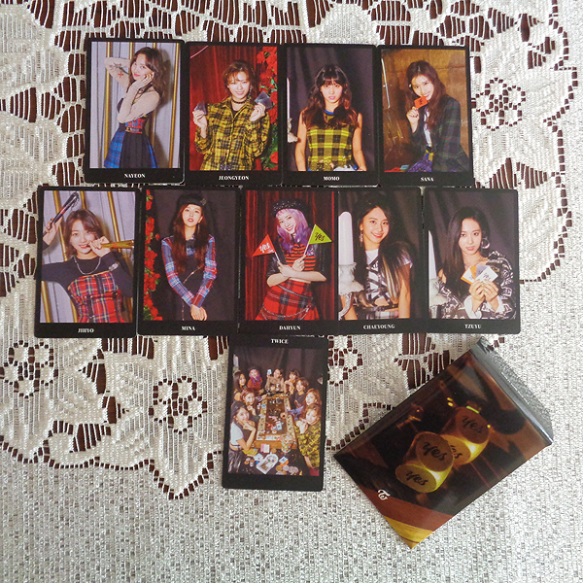 Recently Twice also guest starred on Knowing Bros, which marked their third time on the show. Jeongyeon came under fire for being the one who scolds other members, and the member everyone’s kinda afraid of.

During the show, Chaeyoung and Sana’s ahjussi noises in the bathroom came into light. Soogeun goofed around with Tzuyu, who’s trying to get a driving license. The girls were fascinated with the ‘cuteness’ of Ho Dong, especially Dahyun. Heechul compared Jihyo to Leeteuk, as she’s keeping check on what other members are trying to say and wants to maintain the good image of the group. The second part of the show was a cute and pretty funny game of listening to kid songs and moving the correct bunny ears on specific words in the tune. Of course, Soogeun decided to do a little sabotage on Momo, and the girls in the end performed a snippet of Yes or Yes (it was aired pre-release of the album).