Oh Ayano, you really are the best around. While I tirelessly continue to jam to Ayano Kaneko’s 2nd full-length CD – Shukusai, which came out in April, much to my excitement the album got an acoustic rework recently. This new version is re-titled as 祝祭 ひとりでに (Shukusai hitorideni) – Festival alone(?) – as in, it’s a completely stripped down release, with Ayano singing and playing the acoustic guitar by herself. All the songs from the original Shukusai re-appear, and as I’m actually learning to play the guitar since October last year, these rearrangements motivate me real hard (though I still suck). 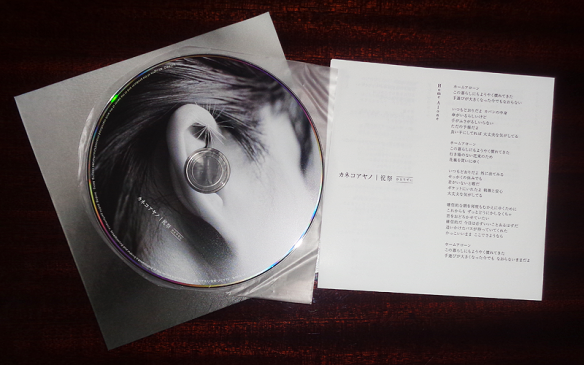 I feel like I’ve been repeating myself for some time now, but Kaneko has the aura and charm of a true musician. She also has the voice, writing, and the guitar to back it up. Why am I bringing it up? It’s because those intimate settings like 祝祭 ひとりでに, show beyond any doubt what you’re made of as an artist. Kaneko pulls off being awesome quite effortlessly, even without a band to support her. The polished production of Koisuru Wakusei and Shukusai sure is great, but if I were pressed to choose, I’d pick Kaneko unplugged most of the time (does MTV still make these?).
恋しい日々 is slightly faster here, and stronger guitar picking makes it so energizing and fun. I’d definitely want to learn how to play it one day.

ごあいさつ – I like the higher registers Kaneko hits here. My guts tell me that she’s working on the vocals, she’s controlling her voice better and better. I’ve always thought that she has a warm and clear timbre with some notes of sadness thrown in to the mix. She’s no Mariah Carrey, but her voice is pretty powerful when she gets to it, and this song proves it.
ロマンス宣言 – it’s already the third version of this tune that I heard. Each one is pretty different, and each of them is great. It’s amazing rhythmically, the pitch of the lyrics just flows along the music.
ゆくえ – I was captivated by this song when I’ve first listened to it on the original Shukusai, and I still am, though it’s not very different from that other version (it was an intimate experience to begin with).
サマーバケーション – I just love the moment when it picks up a little steam (Rock Island Line anyone?), great track.
アーケード – is awesome, though I do miss the juicy electric guitar riffs here.

Back in May SPACE SHOWER TV had Ayano Kaneko as the guest for DRIP TOKYO performance, and she did an interview and played several songs live in Youtube studio in Roppongi Hills. 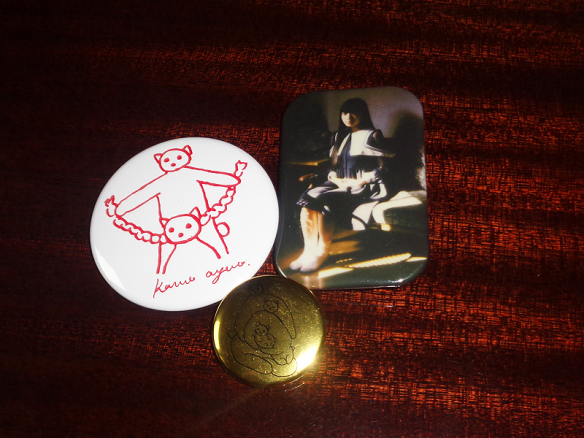 I also got myself a tin badge set from Kaneko’s website, because why not?

Shukusai also got an LP release couple of days ago, but yesterday when I checked it was already sold out, which is lame…