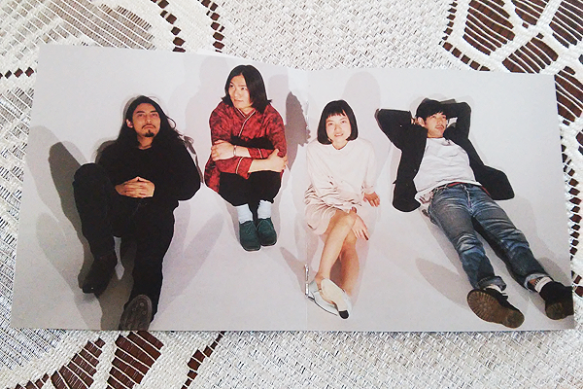 Kamin Shirahata (白波多カミン) came back with a new album on March 23 and I didn’t even know it’s been in work until the very last moment. As it turns out, the indie singer I fell in love with when I first heard her mini-album Kudamono (くだもの), decided to rebrand herself. Shirahata’s newest music endeavor is entitled 空席のサーカス (Kuuseki no Circus) and it’s recorded together with a full rock band, Placebo Foxes. The artist has left that singer-songwriter/folksy lore and her latest effort truly packs a punch. END_OF_DOCUMENT_TOKEN_TO_BE_REPLACED

In a time when glam metal ruled the world and almost everything sounded the same (just like the shit pop of today) there were very few bands which stood out among the countless copycats. Guns N’ Roses reinvigorated hair rock with Slash’s hat, grand guitar solos, Axl’s outrageousness and the bluesy vibe in the vein of Aerosmith.

Jane’s Addiction seemingly also originated from the glam scene (which in all honesty seems more and more ridiculous the older I get), yet what they offered was this explosive blend of music genres which can’t be easily defined. This L.A. band were pioneers of the alternative rock and everything it came to be known as in the 90s (at this point alternative is a crazy mishmash of styles and ironically it is the new mainstream, really). With Perry Farrell’s distinct dreamy delivery and one of a kind music sound Jane’s Addiction quickly rose to be one of the music acts closest to my heart. END_OF_DOCUMENT_TOKEN_TO_BE_REPLACED